Hero photograph (above) taken for Aaron Winborn (aaron), a long-time member of the Drupal community.

This last weekend I was fortunate to attend and speak at the second MidCamp in Chicago. It was hosted within the University of Illinois at Chicago campus and was a very well organized Drupal Camp. MidCamp drew a very diverse crowd (around 350 attendees, I believe) and had a schedule packed with solid sessions.

Prior to the event, plenty of Alice in Wonderland references were thrown around and there was even a “MADCamp” track, but it wasn’t entirely clear why. It was then revealed that MidCamp - tired of being the middle child - was rebranding itself as MADCamp (Midwest Area Drupal Camp). This was a creative move that added an entertaining twist to the atmosphere.

The keynote speakers were Tiffany Farriss, the CEO of Palantir.net and Drupal Association Treasurer, and Jen Lampton, a Founding Forker of Backdrop CMS and a notable member of the Drupal community.

Tiffany’s keynote, The Economics of Drupal Contribution, discussed the changes needed to make core contribution more attractive for organizations and individuals. Depending heavily on a small number individuals and their spare time leads to burnout and is not a sustainable model, she says. She also referenced a number of moves made by the Linux Foundation as ideas for helping solve those problems; including significantly shorter release cycles and a higher percentage of development being funded. Drupal 8 Accelerate is an example of an existing attempt to rethink the economics of core contribution. 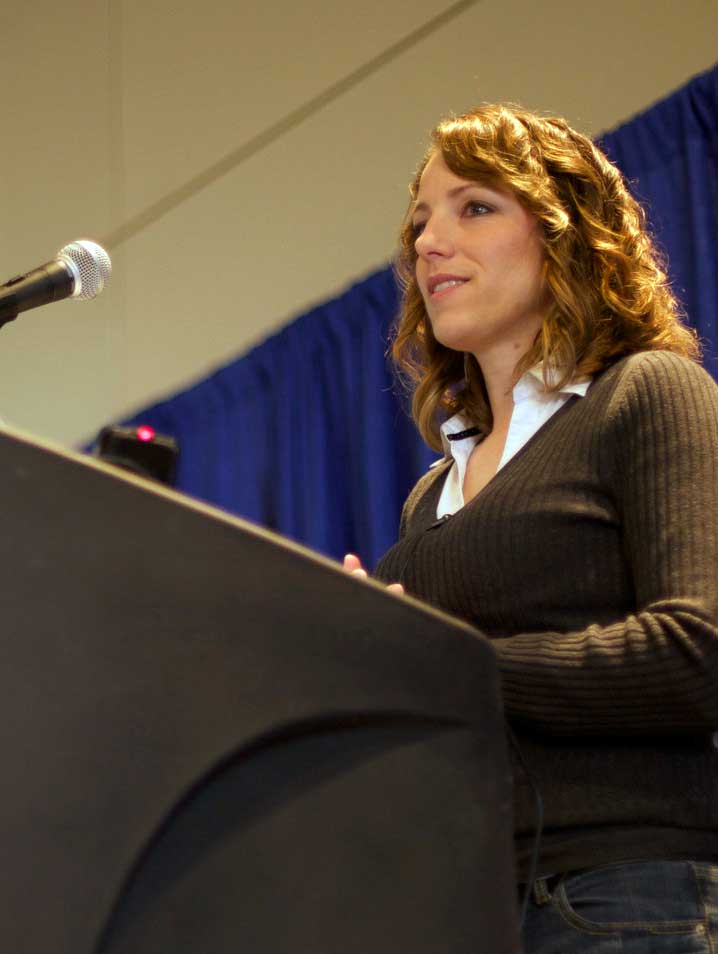 Jen’s keynote was titled PHP for Everyone and gave a great overview of what PHP is and why it doesn’t deserve the bad rap it’s been given in the past. She outlined the arguments against it and rebutted them with its strengths. As she pointed out, PHP is currently involved with 80% of the web and is used by a number of large organizations like Facebook. These organizations are working hard to improve the language and each version sees significant improvements, continuing to modernize an otherwise older language.

I also enjoyed having a discussion with Jen about their experiences with Backdrop CMS thus far. After receiving some initial friction, it seems that the Drupal community has accepted and is embracing Backdrop. It will be very interesting to see the role that Backdrop plays and the audience it attracts as Drupal 8 is released and adopted.

As mentioned, the schedule was packed with great sessions. I’m thankful to have had the opportunity to present a session about organizing Features. As for those I attended, there were two themes that stuck out to me the most: automation tools and headless Drupal.

Fredric Mitchell, VP of Engineering at Better Weekdays, presented on using Grunt with Drupal. Among the Drupal tasks that can be automated with Grunt, using it with Drush Make provides a very interesting build workflow. Phase2, Fredric’s previous employer, has shared their grunt-drupal-tasks tools, along with a blog post about using them.

Allan Chappell of Promet Source presented another interesting Drupal 7 build workflow using Composer, the dependency manager of choice in the PHP community. He also pointed to a number of related tools Promet has shared, such as Drupal Tangler, and demoed how Composer can be used to manage Drupal 7 core, contributed modules, their dependencies, libraries, and patches.

Jeff Geerling, a Technical Architect of Acquia, introduced everyone to Ansible, a tool we began using recently at CHROMATIC. He demonstrated Ansible using Dramble, his cluster of 6 Raspberry Pi 2 computers; a combination of web servers, a load balancer, a Redis cache server, and a MySQL server. He installed Drupal 8 on the web servers and used LEDs to help demonstrate just how easy it is to manage servers with Ansible. Impressive! 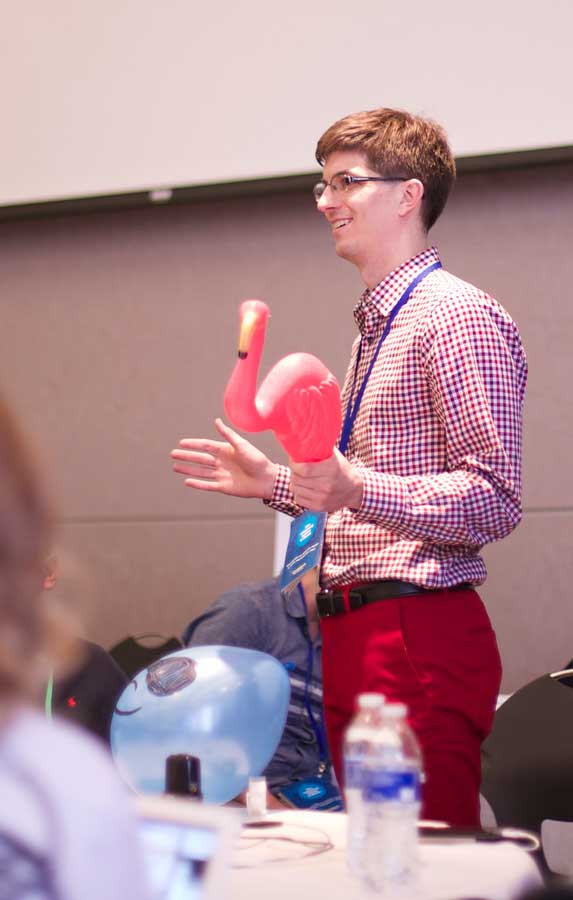 Off with Drupal’s Head was a panel discussion led by Steve Persch, a senior engineer at Palantir.net. The consensus of the panel was... well... that there is no consensus. While there is plenty of talk about Headless Drupal, many things remain unclear. Where to cut off the head (what Drupal should and shouldn’t be responsible for) and when to use the headless approach is still up for debate and the right answer may depend on the project. Some consider it only useful for web applications while others recommend it only when fighting Drupal to build beautiful pages or forms isn’t worth the trouble. Regardless, a key takeaway was that a headless project is no less work. While it does avoid wrestling with the Drupal theme system, introducing a JavaScript framework is no simple task.

Steve also later presented Rendering HTML with Drupal: Past, Present and Future. He anticipates that many Drupal 7 projects will undergo redesigns without a corresponding Drupal upgrade, two tasks that often currently happen at the same time. Headless Drupal makes that easier and he sees clear decoupling as the future of rendering HTML with Drupal. He doesn’t, however, anticipate that a particular JavaScript MVC framework will be permanently paired with Drupal because front-end technologies are currently evolving at a much faster rate than back-end technologies and Drupal’s release cycle.

After Steve’s session I headed to Saturday night’s social event at the Moxee Restaurant and Brewery. The night was filled with great company, food, drinks, and entertaining bouts of table shuffleboard. Getting away from our code and bright screens never fails to bring the community closer together.

MidCamp/MADCamp was another excellent opportunity to meet and catch up with the myriad of personalities and companies that comprise the Drupal community. It was also a humbling reminder of how fast things move and how much more there is to learn. I recommend attending camps to anyone that has the opportunity. Being smaller than DrupalCon (North America, at least) allows them to become a more personal experience. That being said, I hope to see everyone again at DrupalCon Los Angeles in May!

Comparing Drupal template overrides with their counterparts in the base theme doesn’t have to be hard.

Managing Drupal configuration and keeping it in sync requires attention to detail and process. Automation can add to the problem, but also solve it.