3 Lessons in Leadership from GORUCK Challenges

There are so many articles, books, talks and lessons on leadership, it's often hard to know where and what to add to the conversation. Over the past three years, I have been participating in GORUCK Challenges. After the last event I participated in (Tough Class 2019) I came to understand how much I try to leverage the principles learned in my day to day work life. Below I hope to share a few of those with you.

So what is GORUCK? GORUCK started as a "gear company," but it has become much more including team based events and the community surrounding them.

The GORUCK Challenge is a team-based, physical endurance challenge based on Special Forces training. The standard Challenge, now called the GORUCK Tough, is led by a former Special Forces member (Army Green Berets, Navy SEALs, Recon Marines, Airforce Combat Controllers, IDF Duvdevan, Army Rangers and so on) called a Cadre. The Cadre will give the team instructions to follow, including physical training exercises, movements from one location to another, bulky items to carry and much more. Most of these activities are similar to those the Cadre experienced or learned during their time in the military. Over the course of 10-12+ hours, the team will cover anywhere from 15-20+ miles, all while carrying a rucksack filled with weight.

A Team Leader (TL) will be assigned throughout different parts of the event. In the military, TLs are used to lead small teams during missions. The TL will lead the entire group of participants based on the direction of the Cadre. Many scenarios can be presented to the team during an event. For example, the team must move from point A, the John Hancock building in Chicago, to point B, Wrigley Field, within a time hack, i.e., a period of 85 minutes. To add difficulty, the cadre might stipulate some additional condition like only the TL is allowed to speak throughout this particular movement. The TL is responsible for organizing and directing the team to complete the evolution together being the only one giving direction or communicating. If this doesn’t sound like much of a challenge, keep in mind that the team may have shared weights to carry such as a log or other heavy object in addition to at least 30lbs+ in everyone’s individual rucksack. Likely by this point of the event, the team has already covered a decent amount of distance and may be physically exhausted. With all of these factors combined, the team will surely not be functioning flawlessly. Failing to meet the time hack may result in additional physical training (PT), additional weight being added, a dip in Lake Michigan, or some other crazy (likely painful), punishment.

While the scenario isn't life or death, like the Cadre has experienced in their military career, it does add a different set of pressures than just running around an obstacle course, and without question, will teach every member of the team something about teamwork, leadership and themselves!

As an individual, there are many things you can learn about yourself doing a physical challenge like a GORUCK challenge. Perhaps most importantly, you can always do more than you think you can. Here are a couple of key takeaways for leaders that I have embraced:

I added this after I started writing this post and I feel that it is appropriate to list as zero or a prerequisite; before you start, set your priorities. This is evident during a challenge that your priorities are:

Always in that order. It's amazing how well a team can function when everyone has those priorities and sticks to them. Under physical stress, you can clearly see when and how those priorities shift and the impact those shifts have on the team as a whole. These are often more subtle within a small business, but when leaders start to change these priorities, the impacts are widespread.

Knowing your priorities and sharing them with your team or your company is critical. At Chromatic, we value "family first" and emphasize that to our team through our benefits and flexibility related to family matters. The family is one of our top priorities, and we do our best to treat the company as an extension of those families!

Lesson One - Indecision is the enemy of progress.

Participating in these events has drilled home that making no decision is almost always worse than making the wrong decision.

A perfect example, during one event our team was traveling along the Lakefront Path in Chicago, we were headed south from North Avenue Beach to Ohio Street Beach when a giant rogue wave hit the entire group. Some people were knocked off their feet and moved significant distances by the surge of water. In the seconds after the wave receded, the team was scrambling and trying to get to their feet to reorient themselves. The TL, along with most of the rest of the team, was stunned and merely looked around at the group trying to ensure everyone was there. Indecision set in. Thankfully the Cadre, an experienced combat veteran who served as a medic in the Green Berets, took charge and moved us "off the X". Anyone who surfs knows that waves regularly come in threes and everyone standing around in the same location was putting us at risk of being hit a second or third time. 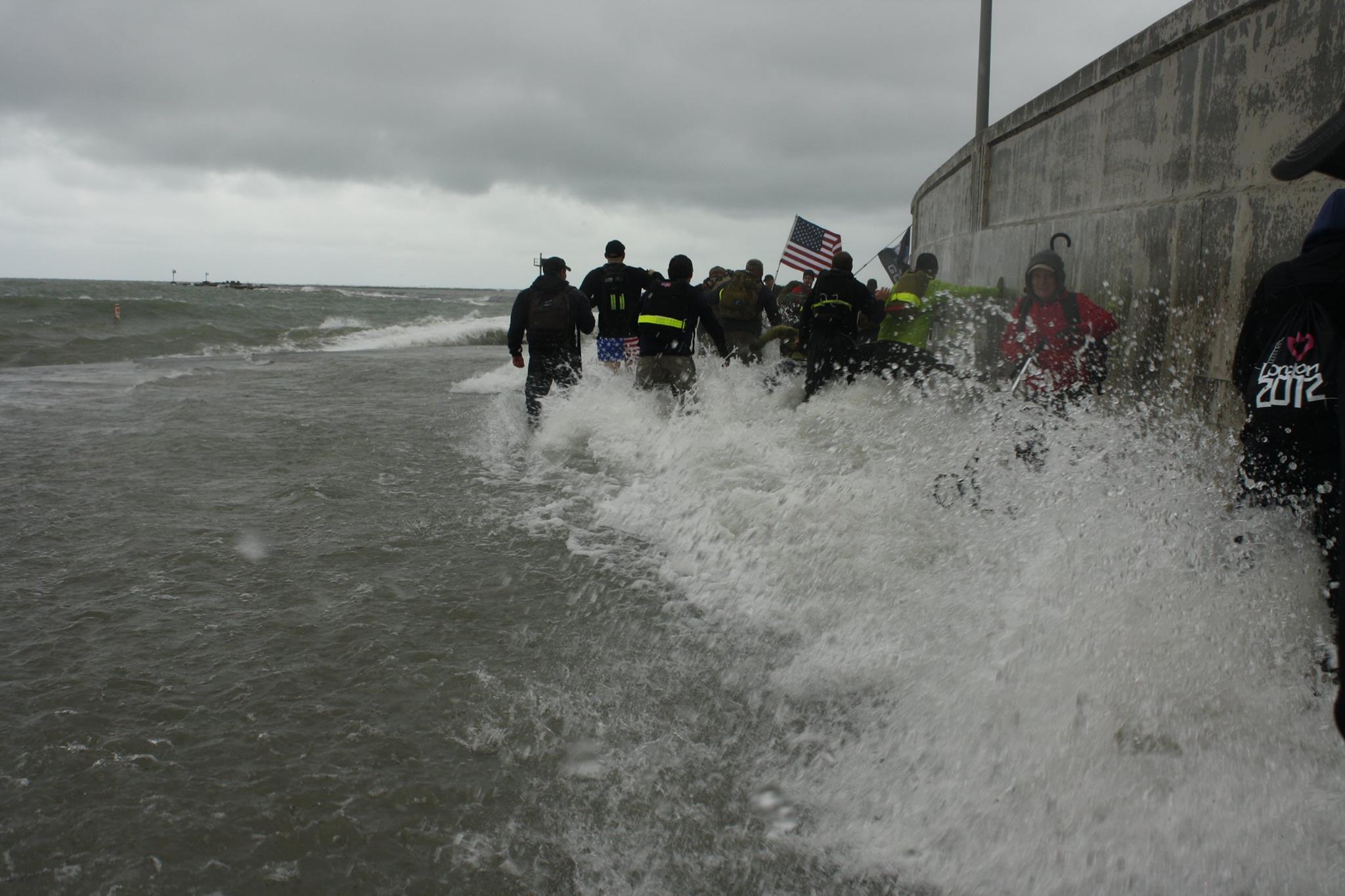 The point is that moving forward or backward may have been the "wrong" direction to go, but standing there idle for the second or third wave to hit was even worse. Thankfully no one was injured, and we all learned a valuable lesson.

Leaders in many organizations suffer from paralysis by analysis which leads to indecision or stagnation across the team and in other cases, the pendulum swings to the other side, where decisions are made without thought or regard of the consequences. Striking a balance between taking too long and being rash with decision making is important for all leaders to master.

Having made a decision doesn’t matter if you don’t communicate it to your team!

There are many facets to communication and it is important for leaders to keep these elements in mind. Effective communication isn't only what you say, but how and when you say it, the tone you use, the urgency placed on your words and the look on your face when you deliver your message. Additionally, a leader's communication isn't only dictating. Leading requires asking questions, relying on the expertise of your team, encouraging those on your team, taking the fall for your team and knowing when to remain quiet.

There are many examples of these facets of communication during a challenge. Every Cadre is different. The Cadre is bringing and sharing their experiences with the participants of the event. Some Cadres are extremely specific with their instructions, some are not. Most people are intimidated by the Cadre, and in many ways rightly so, but the Cadre is a person just like the rest of us. Asking questions both for clarity of instruction or to do something different than exactly what the Cadre stated sometimes make an enormous impact on the team. Asking the Cadre "Can we do X instead of Y?" or "Can you give us more information about that?" can make a world of difference. (You might also get a simple "No" but at least you tried and the team knowing you tried is valuable.)

As a leader, during a challenge or running a business, you have to be willing to step above any intimidation and do what is best for the entire team. It also means being humble enough to say "I don't know" and ask your team for advice or direction that can help you make the best decision for everyone. Just because you are the leader doesn't mean that you know everything about where the team is or what you are attempting to do.

When you have a plan or direction for your team, implementation becomes the key to success. A leader must relay the team's objectives to everyone and then organize the team to complete the task(s) at hand. Clearly communicating all of the information you have is the only way to get the team moving toward the same goal. 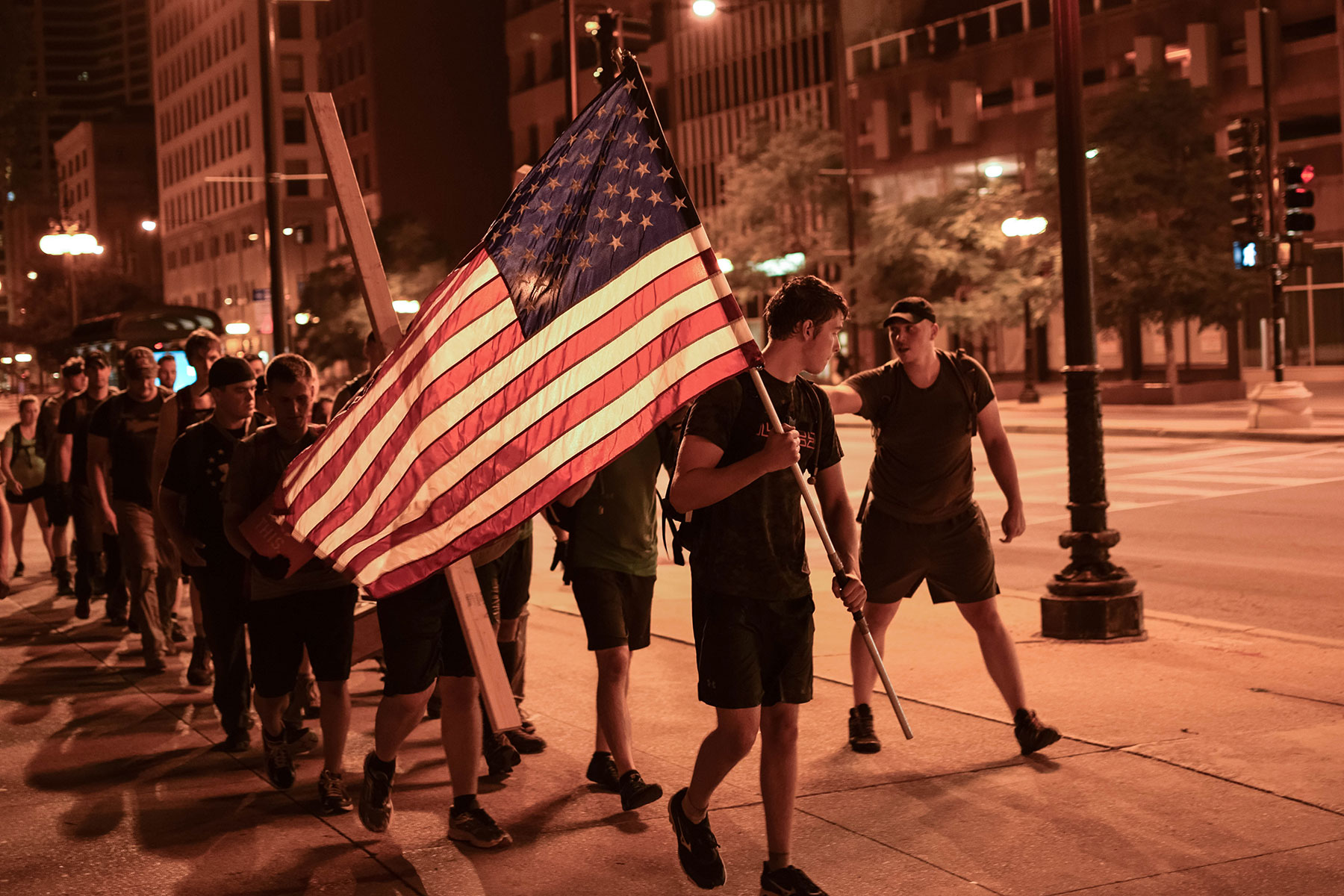 During any challenge, if you are the assigned TL, you are not allowed to carry any of the team weights, casualties or the flag. The only weight you can carry is your own rucksack. When I have been assigned the TL role, and I see someone on my team that needs help, it is my natural instinct to take the weight or try to help. However, my responsibility as the TL is to be able to lead. To lead in the most efficient manner, you can not be under a log and unable to move throughout the team. You have to be able to see ahead of the team, behind the team and be able to communicate across the entire team, without the distractions and burdens of the additional weights.

Being able to help your team as a leader is important. The example of a TL not being "allowed" to carry anything for the team does not translate to them only dictating what to do and never helping the team. It's a matter of priorities, while you are a TL or a leader in any capacity, you have to know what your priorities are and what you can and should delegate. For most leaders in small businesses, especially entrepreneurs, this is an incredibly difficult skill to master.

Participating in GORUCK events has humbled me, both mentally and physically, and I have had the privilege to meet a tremendous group of people including both the Cadre and the participants. I can not recommend GORUCK enough and would love to join you if you plan on doing an event. Send me a note, and I'll try to be there! 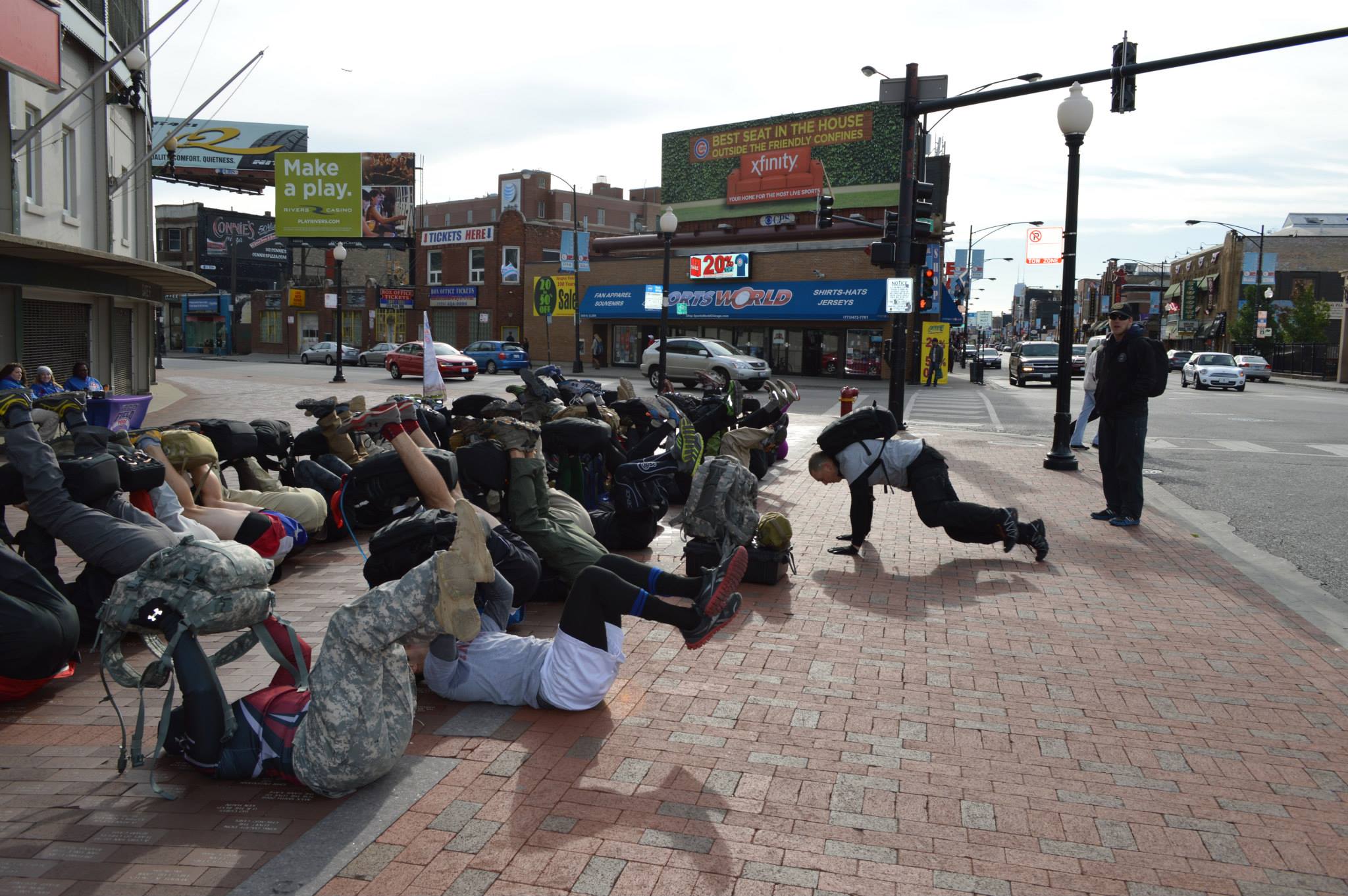 Remember that personal and professional growth comes in all shapes and sizes. Often times we see the most growth when we step out of our comfort zones. And always keep in mind the words of many of the Cadre: "It can always be worse!"

I am excited to share that starting in May, Chromatic will begin offering a new “experimental” benefit for our team: “Summer Fridays.

Listening Is The Action Item

Sometimes doing nothing is all that needs to be done.

Oftentimes we hear people’s problems and want to do something to fix it and relieve that person of their burden. However, I have had to learn that sometimes all a person needs is to talk an issue out.